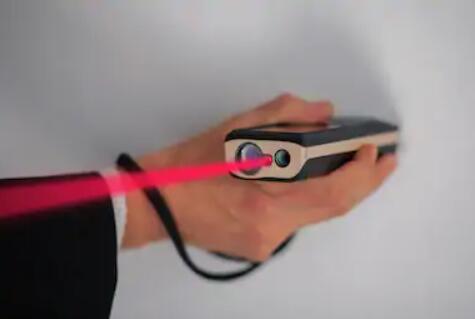 We have a lot of reasons why any golf lover wound like to have a range finder whenever he OE she is playing this game. A rangefinder can be used for various purposes like playing golf as you increase the skills of hitting the target or hunting. We have different range finders in the market right now. If you want to learn about the different types of range finders and how they work, read below:

This type of range finder is simple to understand; it has a straightforward principle on how it operates. A laser range finder shoots a laser beam at its target from an emitter and measures the amount of time taken for the beam to be reflected to its receiver on the finder.

A laser travel at a speed of light. Given that the speed of light is already known, it can be used together with the time taken to come up with the exact distance to your target object.

A laser beam that comes out of a rangefinder usually is very narrow as a result of the effects of air that forces the beam to spread and diverge out as it travels.

As you will find out when you are in the file, some objects are complicated to measure than others. This means your rangefinder is not going to work correctly on all objects. Any surface that’s angled away from your rangefinder will tend to deflect some of its beam away. But by principle, all surfaces must reflect some of the light.

Choosing a reading display on a rangefinder

Laser rangefinder works very quickly and fires thousands of pulses to their target object. They then use the whole sample range to come up with the correct distance to report. The readings will include those of the surrounding objects, the target itself, and the terrain behind it and to the sides. A laser rangefinder takes all these readings into considerations; it goes further to analyze them and uses and algorithms to choose the most relevant distance among the many choices. Of all the given options, is it happens that one distance is prevalent, and then it stands a good chance of being picked as the real target distances.

Optical rangefinder is another type of rangefinder that has a different working mechanism. When it comes to an optical rangefinder, you don’t need to have a reflective target. Another great advantage is that the optic is never confused by the weather conditions or the terrain around. It is made from cheap components, which causes it to be affordable but not as laser rangefinder.

An optical rangefinder works on the principle of stereoscopic or coincidence rangefinding. Under coincidence, images of your target object are reflected from two sources that are different and are shown to the operator who usually looks at the machine with one eye and makes some adjustments to match the alignment needed. Once the images are aligned, it is then referred to as placing the images into coincidence. The level or amount of adjustment required to make alignment is what’s used to find out the distance to the target object.

With stereoscopic rangefinding, it uses both eyes of the person operating it and has reference makings inside its reticle that is used to measure the distance.

This is another type of range finder that you can come across. RADAR means Radio Detection and Ranging. The working principle of RADAR is almost similar to that of a laser rangefinder; the only difference is that instead of using a focused laser beam, a radio signal is sent out at a given speed while measuring the amount of time it will take to bounce back is noted. Radio waves travel at the same speed as light; this means one can easily use the speed and time taken to bounce back to calculate the distance from the object and the radar station.